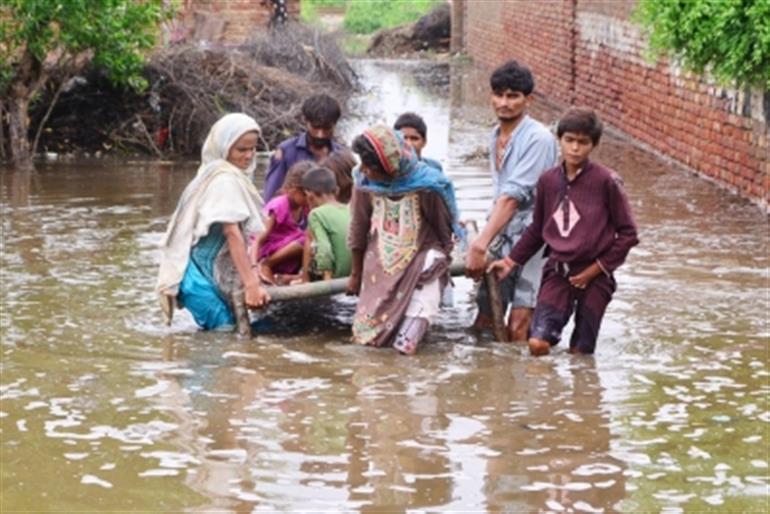 Islamabad:Amid the devastating catastrophe sinking one-third of Pakistan under water, triggered since June this year after extended heavy monsoon rains caused flash floods, cloudbursts and floods across the country; The World Health Organization (WHO) has put out a serious warning about the humanitarian situation in the flood-ravaged Pakistan, which is stretching the authorities currently and is expected to get even more worse in the coming days.

Since the Pakistan government has sent out a global appeal to the international community for extended and immediate relief aid supplies to handle the widespread damages, flood rescue and relief activities, several countries have been extending monetary and relief aids with planes carrying flood relief supplies to coordinate with the government to manage the massive humanitarian crisis.

Countries like China, the United States, France, the United Arab Emirates, Qatar and other countries have been sending relief aids, launching a huge airlift operation from Dubai.

In Pakistan, floods have affected more than 33 million people, with millions forced to evacuate from their homes and towns and walk long tough routes through the floodwater to reach grown areas and live in tents, open sky and makeshift arrangements. Moreover, roads, highways, train tracks and infrastructure spread across the country has been badly damaged due to the floods with more than 20 million acre of crop field completely destroyed.

As per statistics of the WHO, at least 1,460 health centers had been damaged, of which at least 432 were fully wrecked, mostly in the Sindh province. To handle the current humanitarian crisis in hand, at least 4,500 medical camps have ben set up by the WHO and its partners, while more than 2,30,000 rapid tests for acute watery diarrhoea, malaria, dengue, hepatitis and chikungunya have been distributed.

WHO maintained that they have already been notified about the presence of diseases, including Covid-19, HIV and polio.

“We have already been reported that these are at risk of getting worse,” said WHO spokesperson Tarik Iasarevic.

“We have already received reports of increased number of cases of acute watery diarrhoea, typhoid, measles and malaria, especially in the worst-affected areas,” he added.

“This situation is expected to worsen with every passing day,” said Tarik, adding that such challenges are expected to hit areas affected by the floods hard.

Moreover, the United Nations Human Rights Council (UNHCR) has already scaled up support in Pakistan by launching a huge airlift operation from Dubai, focused on providing flood relief aids to areas in Pakistan, including Sukkur and Larkana in Sindh province.

United Nations Secretary General, Antonio Guterres is also expected to arrive in Islamabad on September 9 to review and analyze the damages and devastations caused by the floods.