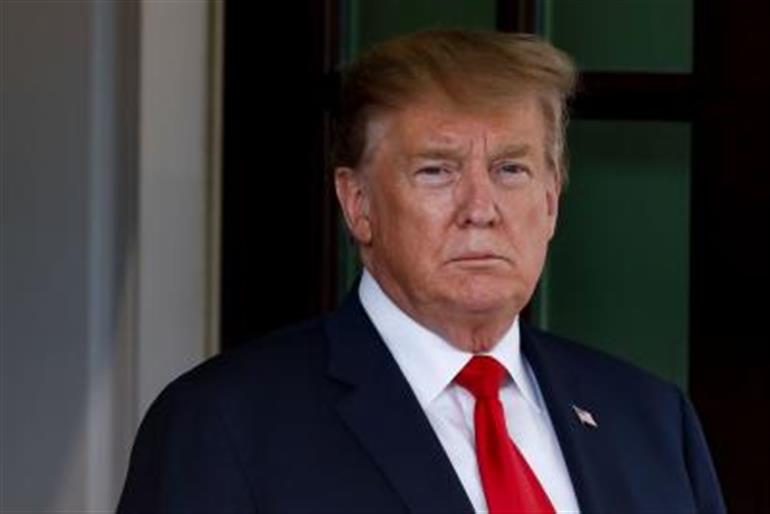 WASHINGTON: Former President Donald Trump “wants his old job back” and will announce within weeks his run for the presidency in 2024. Trump is eager to get back to the White House, and wants to announce his 2024 run in the coming weeks.

Stating this, Kellyanne Conway, his 2016 campaign manager and close ally, said she had advised him to wait until after the midterms in November, according to Business Insider. ,

Speaking on Friday with CBS News, Conway was asked whether Trump would announce his candidacy after the midterm elections and before Thanksgiving.

“Well, he would like to,” said Conway, as per CBS News. “He’s as active as anybody in these midterm elections. That’s important to the calculus also, Catherine, because we have the most ironic, if not unprecedented situation right now,” Conway continued.

“We have a president, a current president, whose party doesn’t really want him to campaign with them.” Trump will assess the timing of his announcement after the midterms, which take place on November 8, Conway said. “I will tell you why he wants to run for president,” she said. “Donald Trump wants his old job back.”

In July, Conway described Trump as “champing at the bit” to announce his third presidential bid. Speaking to CBS News, she said she advised him to wait until right after the midterms.

House Minority Leader Kevin McCarthy also said he lobbied the former president not to announce a 2024 presidential run before the midterms. “My point to him has always (been), ‘Let’s go win ’22,'” McCarthy told reporters at the Capitol in July.

That same month, a top Republican strategist told Insider that a pre-midterm announcement from Trump would be a “train wreck for the party” and “a complete mess.”

Democrats aren’t expected to primary Biden, but questions linger about a backup plan. Would-be candidates have been seeking the national spotlight. President Joe Biden has been clear that he plans to run for a second term in 2024. His political team is even getting ready for a spring reelection announcement, according to the Washington Post.

But that hasn’t stopped the “will he really?” chatter, particularly after a New York Times poll found that 61 per cent of Democrats said they hoped someone other than Biden would be their nominee in 2024, largely because of his age and job performance.

Democratic insiders are questioning whether Biden, 79, can mount a vigorous campaign in 2024 – especially if former President Donald Trump decides to run again.

Despite the doubts, Biden is not expected to face a primary challenge given that it would alienate other people in the party as well as the donor class, said Mark Jones, Rice University (Houston, Texas) political science professor and Baker Institute fellow, the Insider said.

“The norm is that you do not challenge a sitting president from your party,” Jones said. “That’s a major political faux pas. It either isn’t done, or if it is done it’s done more for political ambition – not to actually win, but to put the spotlight on yourself for other reasons.”

A key factor helping Biden’s staying in power is Trump. The New York Times poll found that Biden would be favored to win in another contest against Trump. “The belief is that if Biden beat Trump before, he can beat him again,” Jones said. If a Democrat were to try to primary Biden – and weaken him in the process – then that person would be blamed if a Republican, even Trump, were to win in 2024.

But none of these factors rule out politicians’ making under-the-radar moves. If Biden somehow reverses his plans, that’ll mean the party will need to find a backup.

Some ways that candidates begin to test the field through “invisible primaries” are by campaigning for other Democrats to build loyalty, particularly in swing districts. They may also appear at events in potential early voting states and offer noncommittal responses about whether they’ll support Biden in 2024, said Shawn Donahue, a University at Buffalo (New York) assistant professor of political science.

Other ways are through grabbing headlines through weighing in on national debates, holding leadership roles in the party, and raising huge sums particularly from out-of-staters. In the case of governors interested in the White House, they’ll need to crush the opposition if they’re up for reelection this year, in November, the Insider said.

“There will be a host of people who want to be waiting in the wings so the moment Biden says he’s not running they can sort of jump in,” Jones said. Even if Biden doesn’t change his mind, 2028 isn’t much further off. There are 15 politicians who are taking actions or gaining interest that might position them for a 2024 White House run if Biden changes his mind. And this includes the three top contenders, VP Kamala Harris, Florida Governor Gavin Newsom and senator Elizabeth.