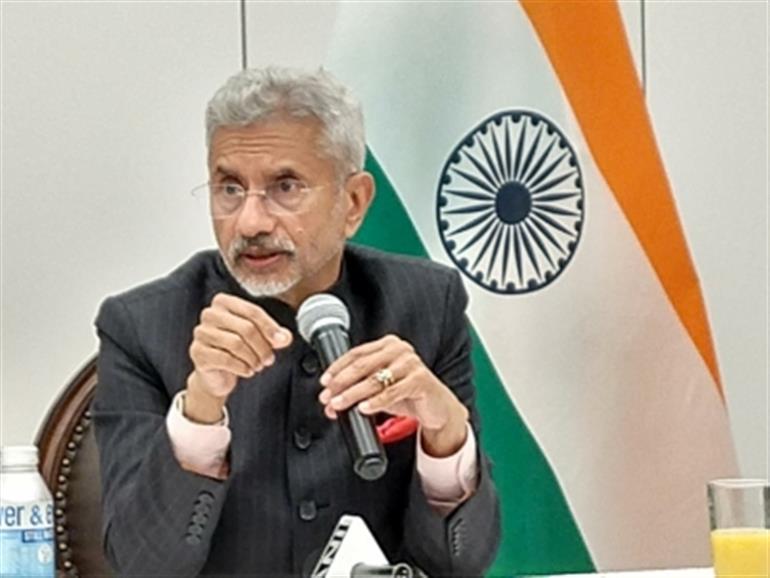 United Nations:India emerged as the voice of the South, speaking up on issues hitting them the hardest, during the high-level meeting of the UN General Assembly, reclaiming the leadership role but in a changed global context with a focus on development and cooperation, rather than shrill partisanship, and at the same time trying to be a bridge between bloks in the polarised world.

The New India “really matters more in this polarized world”, said External Affairs Minister S. Jaishankar, who dynamicised this new avatar during the Assembly meeting last week and the many events around it, meeting over 100 leaders over six days.

If Prime Minister Narendra Modi’s 2014 speech after his election set a new course for the nation, breaking free of the ideological constraints of a self-imposed “Third Worldism” and strident Non-Aligned rhetoric, eight years later a more self-confident India has returned to its embrace of the developing countries, but with a difference and showing them a new direction: Development rather than politics; bridge-building rather than confrontation.

“We will liberate ourselves from a colonial mindset”, he told the General Assembly. “Externally, this means reformed multilateralism and more contemporary global governance.”

For India, global governance reform starts with Security Council reforms and here New Delhi got support across blocs at the General Assembly meeting from both the US and Russia, as well as other countries.

It is the only country to get the backing of both Washington and Moscow.

India now has a “tailwind” on its quest for a permanent seat on the Security Council, Jaishankar said at a news conference.

It was probably the first time an Indian leader spoke at the UN about liberation from the “colonial mindset” that had informed its rhetoric and reactions.

“Our rich civilisational heritage will be a source of pride and of strength”, he said.

And of the significance of India’s 75th anniversary of Independence, he said India’s people are “rejuvenating a society pillaged by centuries of foreign attacks and colonialism” — packing in a pointed reference to also invasions from around the region.

As to why “India matters more” is that in a polarized world, it is “the bridge, we are the voice, we are a viewpoint channel”, he said at a news conference, adding: “I think for a country like India , which has so many relationships and such an ability to communicate and to find touch points for different countries and regions” makes it fit for the role.

Recognition came from France’s President Emmanuel Macron, who said at the General Assembly: “Narendra Modi, the Prime Minister of India, was right when he said the time is not for war, it is not for revenge against the West or for opposing the West against the East. It is the time, for a collective time, for our sovereign equal states to come together with challenges we face.”

And Mexico’s Foreign Minister Marcelo Ebrard conveyed to the Security Council his country’s proposal to set up a panel with Modi and Pope Francis to find a solution to the Ukraine war.

There was a tendency for the West to turn the spotlight on Ukraine, leading to other more pressing issues for the developing South pushed to the sidelines.

Affecting them is a plethora of crises that affect the developing countries the hardest — the Covid pandemic, the shortages of and souring prices of food and energy, the scarcity of fertilizers, and the debt crunch.

In his General Assembly speech, Jaishankar said: “We are on the side of those struggling to make ends meet, even as they stare at the escalating costs of food, of fuel and fertilizers.”

“There is great frustration that these issues are not being heard, they’re not being given a voice,” he said later at his news conference.

But “to the extent there is anybody at all who’s speaking up and voicing these sentiments” it is India, he said, and therefore, he found his counterparts expressing the feeling that “this is a country that speaks to us”.

While India spoke up for the South, it also demonstrated that its solidarity goes beyond words, Jaishankar said.

At another level, Jamaica’s Foreign Minister Kamina Johnson brought a touchingly personal testimony to India’s development cooperation with the countries of the South referring to its role in helping combat the Covid pandemic: “We actually carry ‘Vaccin Maitri’ within us.”

And, Yemen’s Foreign Minister Awad Bin Mubarak, speaking at an event on India’s role in the world at its 75th Independence anniversary, spoke of India’s food aid.

Jaishankar at his news conference attributed the success in India’s efforts to help the developing South and being recognized for it to Modi.

“This has taken practical shape that under this Prime Minister, delivery is his forte,” he said.

The many programs include the International Solar Alliance, which has 121 member countries, the Coalition for Disaster Resilient Infrastructure and India-UN Development Partnership Fund.

India will be taking over the presidency of the G20, the group of major developed and emerging economies, in December when it will have a chance to demonstrate its new outlook through its leadership.

Jaishankar said in his General Assembly address: “India will work with other G20 members to address serious issues of debt, of economic growth, food and energy security and particularly, of environment. The reform of governance of multilateral financial institutions will continue to be one of our core priorities.”

On the most polarizing issue at the UN, Ukraine, he made a cryptic statement that showed a shift away from its neutrality and away from Russia – or at least putting some distance from it.

With nations being asked to, or almost coerced to, pick sides, he said in his General Assembly speech, that “we are on the side that respects the UN Charter and its founding principles”.