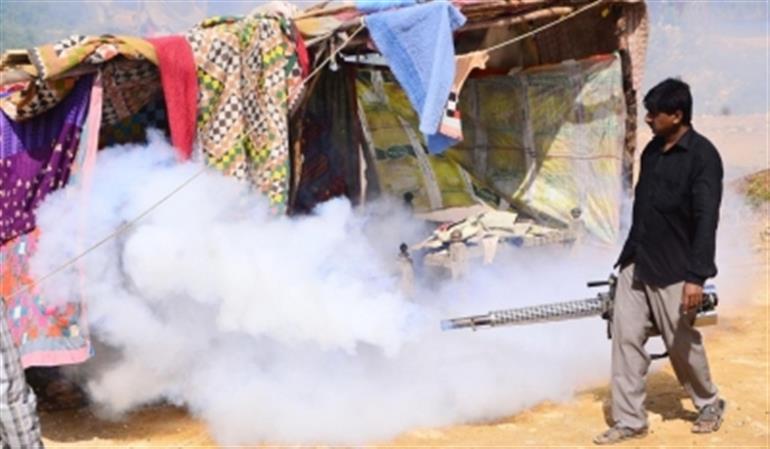 Islamabad: Pakistan continues to witness an unabated spread of dengue fever cases amid an ongoing outbreak triggered by the devastating monsoon floods across the country.

A total of 323 new cases of dengue fever were reported across Sindh in the last 24 hours, the provincial health department said.

The number of dengue infections in Sindh in September has risen to 3,917, bringing the local total to 6,486 this year.

Also in the same period, 242 more people were diagnosed with the disease in Khyber Pakhtunkhwa, the provincial health department reported.

The number of active cases in the province currently stands at 1,614 and the total number of patients this year has reached 5,506.

The provincial capital of Lahore reported 100 new cases, followed by Rawalpindi with 86 cases.

The total number of cases in Punjab this year has now gone up to 3,869.

Pakistan’s capital Islamabad reported 96 new cases in the last 24 hours, which increased total number of cases in the city to 1,657.

In the ongoing outbreak, a total of 27 people have died so far, all in Sindh province.

The government has launched an anti-dengue campaign including raising public awareness in response to the alarmingly high level of cases in the country and has taken special measures at the virus hotspots in order to curb the spread of the disease.