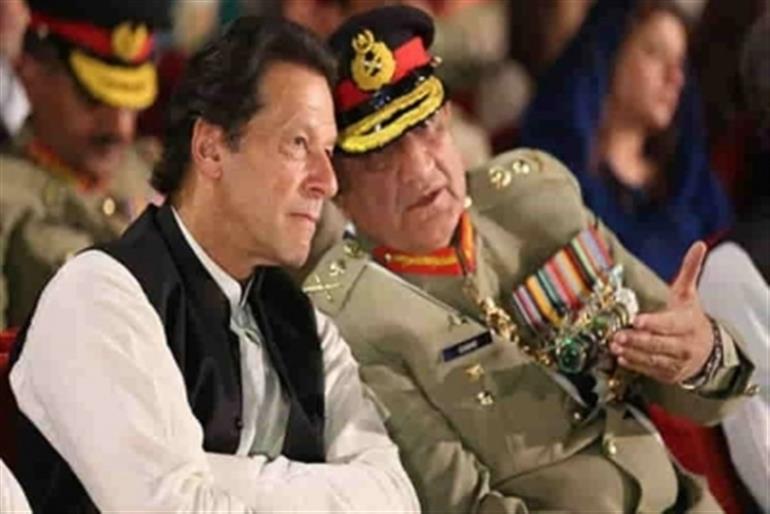 Islamabad:Pakistan Defense Minister Khawaja Asif has warned former premier Imran Khan to stop the pursuit of making the appointment of the new army chief controversial as it “will embolden India”, adding that Prime Minister Shehbaz Sharif will instate him in accordance with the provisions of the constitution .

Shelving Khan’s demand of postponing the appointment of the army chief till August, Asif said he will not let the former Prime Minister put the country at stake and appease India, Samaa TV reported.

“The appointment will be made in November as per schedule,” he said during a presser.

He also remarked that the Pakistan Tehreek-e-Insaf (PTI) chief is rewarding India by promoting political uncertainty in the country, Samaa TV reported.

Earlier in the press conference, Asif termed the Sharif’s visit to Samarkand for the SCO Summit as “extremely successful”.

He said the premier met with the heads of 10 countries during the two-day visit who promised to extend support to the flood-stricken people of Pakistan.

The Prime Minister represented Pakistan in the Meeting of the Council of Heads of State of the SCO on Thursday and Friday.

Asif said the meetings with Chinese, Russian, Iranian, and Turkish heads of state were the highlight of Sharif’s visit.

“All these countries promised assistance to Pakistan,” he maintained.

The Defense Minister also announced that the premier will visit Beijing in the first week of November at the invitation of Chinese President Xi Jinping.