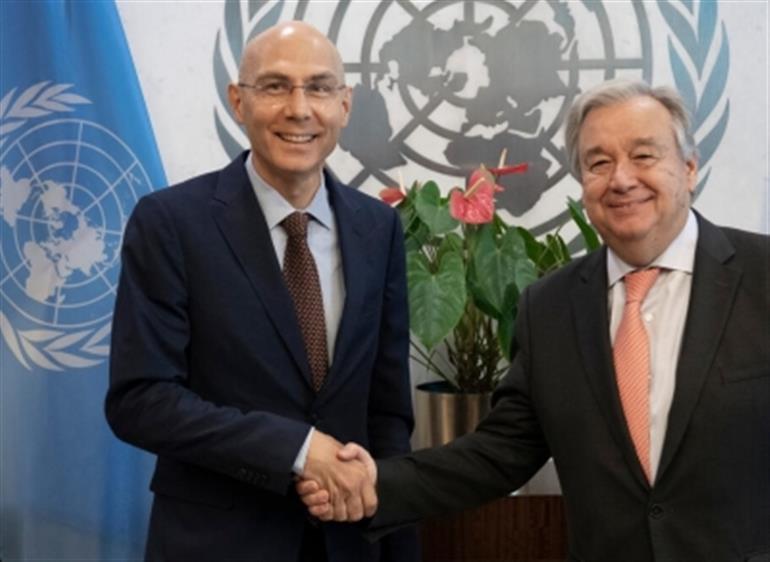 Within hours of his nomination by Guterres on Thursday, he received the Assembly’s approval to succeed Michelle Bachelet, who left after completing her term last month.

The appointment was made while Guterres was on his way to meet with victims of Pakistan’s floods.

Turk, who is from Austria, has worked with human rights-related issues at the UN’s office for refugees, where his last position was the Assistant High Commissioner for Protection.

“Turk has devoted his long and distinguished career to advancing universal human rights, notably the international protection of some of the world’s most vulnerable people – refugees and stateless persons,” Guterres’s spokesperson Stephane Dujarric said.

He will be the eighth high commissioner and the second, after Sergio Vieira de Mello, to have worked at the refugees agency.

Turk will be taking over a job that faces unrelenting opposing pressures from governments and activists while reacting to the realities of the human rights situation.

His first test will be dealing with the fallout of the contentious human rights report on China’s treatment of its Uyghur Muslin minority that Bachelet released minutes before leaving office after its publication had been delayed while Beijing lobbied to have it suppressed.

The report that asserted that China may have committed “crimes against humanity” has received strong pushback from Beijing.

Bachelet has also been at odds with India, drawing protests over her statements supporting farmers’ in their protests last year, criticizing New Delhi’s policies and actions in Kashmir, and questioning the treatment of the media and activists.

Turk worked closely with Guterres when he was the High Commissioner for Refugees and followed him to the UN Secretariat, where he became the Under-Secretary-General for Policy and was considered a member of his inner circle.

Dujarric said that Guterres “has had the principled position of giving the High Commissioner for Human Rights the space and the independence they need to implement their mandate fully (and) that will not change one bit when Volker Turk officially takes office”.

Armed with a PhD from Vienna University for a dissertation on the UN High Commissioner for Refugees, he joined the UN in 1991 as a junior officer and rose through the ranks, mainly working at the refugees agency.

He had w9rked in the field for the agency in Asia, Europe and Africa.

There were calls from the US and from human rights groups for Turk to be an independent watchdog.

US Permanent Representative Linda Thomas-Greenfield said: “At a time when these rights are increasingly under attack, the high commissioner’s responsibility must be to call out human rights violations and abuses wherever they occur, and to serve as an independent, impartial, and unwavering champion for human rights everywhere.”

Human Rights Watch said: “It is crucial for the new UN high commissioner for human rights to be willing to call out powerful governments such as China, the United States, and their allies for serious rights violations.”

Amnesty International Secretary General Agnes Callamard said: “His voice in defense of the victims of human rights violations around the world will need to be loud and clear.

“We equally expect him to respect and support the role of civil society in informing and shaping human rights positions and responses.”